Author on the Couch: Tamara Mataya

Feel free to use the handy dandy click-to-tweet links! 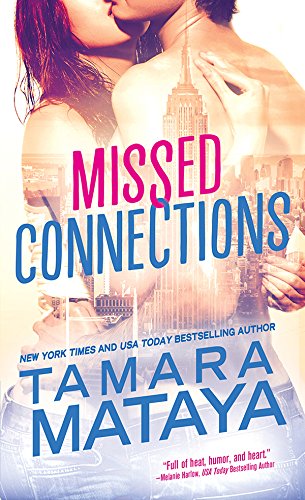 Me: Tell me about an experience that had a profound impact on your life.

Tamara: My house burned down when I was eight. It was a really strange thing, confronting my mortality at that age, and I definitely had PTSD from that even though we weren’t at home at the time. But hearing, ‘If this had happened at night, you’d be dead,’ is a brutal truth for a kid to hear. But, losing so many possessions taught me that things aren’t as important as some people think they are.

Me: That kind of event at such a young age makes you look at the world through a completely different lens than your peers.
What personality trait of yours helps you most as an author?

Tamara: I’m stubborn! I will NOT let that deadline beat me even if I’m tired and should be taking a break.

Me: Stubbornness is a must in this industry.

What personality trait of yours hinders you most as an author?

Tamara: See above! Haha. I was recently diagnosed with tennis elbow AND golfer’s elbow (tendinitis) in BOTH arms because I pushed through the pain for so long I’ve done myself injuries. I’m trying to be good now, but it’s hard. I feel like I’m not being productive enough and I need to not be so hard on myself when I take an hour off the computer!

Losing so many possessions taught me that things aren’t as important as some people think they are. @FeakySnucker #amwriting Click To Tweet 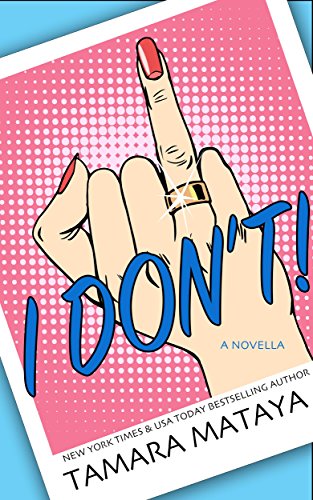 Me: Haha… We sound an awful lot alike.
What was your high point as a writer?

Tamara: When I got to meet my critique partner, Jessa Russo, in person for the first time in Feb 2016 after talking for YEARS online. It was so awesome finally squeezing the woman whose fingerprints are all over my words—and vice versa. We edit for each other, laugh with (and at) each other, and founded a pitch contest together. Hell, we’re co-authoring an amazing series together as well. Meeting in person after talking online for four years was just such a cool experience. And my first time in California! (It’s too hot for my thick Canadian blood! Haha)

Me: Being a writer is one of those jobs where there just aren’t any borders.
What was your low point as a writer—a time when you questioned your path?

Tamara:  When business meets passion, things can get ugly. Not everyone in this industry is your friend, and way too many authors I know, including myself, have learned this the hard way. Some people are shady and will stab you in the back, take your ideas, use information against you, or even just use you. But you have to look around at the people who aren’t and cherish the genuine, deep friendships that can be made with those in the writing trenches with you.

Cherish the genuine, deep friendships that can be made with those in the writing trenches with you. @FeakySnucker #amwriting Click To Tweet

How did you know you wanted to be a writer?

Tamara: I don’t think there was an actual moment I decided to become a writer, but I’ve always had the imagination for it. There’s an entry in a school journal from the second grade I made about my brother trying to kill a bug with garden shears and I said, ‘…and it was like he worked for Doctor Claw.’ (from Inspector Gadget), so there’s always been a flare for the dramatic there. But if there was a big influence on what I thought writers did, I’d have to point my finger at the movie, Romancing The Stone. It’s one of the first movies I remember seeing, all about a romance novelist who has to save her kidnapped sister in Columbia. It stars Kathleen Turner and Michael Douglas. That film could have given me unrealistic ideas about what writers do. It’s still one of my favorite movies to this day, and while it’s NOTHING like being an actual author, it’s still fun to dream about adventures like the main character Joan Wilder’s!

Me: Romancing the Stone is a classic. And now I’ve got a hankering to watch it.
If you could be any character in any book for a day who would you be? Why?

Tamara: I’d like to be Syxx from my novel The Sowing. She’s a Moondreamer—someone who can literally grant wishes and will things into being. I’d love to have those powers and be able to go around helping people. I mean, the fact she can fly isn’t terrible either! Um, and also Draven. *rawr*

Me: How do you deal with bad reviews? What advice can you give others?

Tamara: It’s subjective. Reviews aren’t for the author—they’re for other readers. Do I read reviews? OF COURSE! Does it hurt when people bash something you’re passionate about and have worked hard to create? Of course.

Take yourself out of the equation. Go to Goodreads, or another site where there are book reviews. Look up a book you LOVE. Something that you would recommend to EVERYONE.

Now check out its negative reviews.

They’ll be there. No, really. I know you LOVED it, but some people really couldn’t stand it. AND HOW DARE THEY?! THEY are CLEARLY IDIOTS!

Now I want you to look up the reviews to a book you absolutely DESPISED. Yeah, the one you’d gladly yank from the history of books if you could travel in time.

I want you to look at THIS book’s 5 star, swoony, LOVED it, reviews.

They’ll be there. No, really. I know you HATED it, but some people think this book is the best ever written! HOW DARE THEY?! THEY are CLEARLY IDIOTS!

Me: For years I’ve said “Everything in this industry is subjective”. But this is the best explanation of how to handle reviews that I’ve ever read. Everyone should read this. 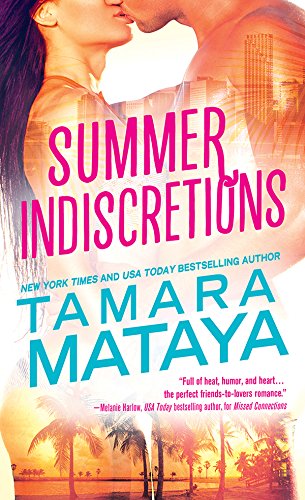 ell me about your contemporary romance book, Summer Indiscretions.

One email away from a total meltdown, I’m desperate to escape New York. Using Switch-a website designed to help strangers swap homes for the summer-I slip out of my stilettos and into a string bikini. But of all the beaches in all the world, Blake Wilde just had to show up on mine. He’s hot. Scorching hot. And he’s been strictly off-limits for as long as I can remember.

To hell with that. New life? New rules.

I know something this good can’t be made to last. But for three sizzling weeks, I can pretend there won’t be consequences, recriminations, or regret… And that somehow our growing connection can be more than just a summer fling.

Me: Share with us a favorite paragraph or two from your newest release, Summer Indiscretions.

Summer Indiscretions is about a woman who swaps houses with a stranger for three weeks. This is SO out of character for her. (Think The Holiday, the movie starring Kate Winslet and Cameron Diaz, but with an uptight New Yorker and a Miami beach-dweller. Throw in her older brother’s best friend who she’s had a crush on forever and you get the idea.)

There were so many fun scenes in Summer Indiscretions it’s hard to choose which my favourite to write was, but if I had to, I’d have to say where Melanie is exploring Shelby’s house on her first day there. Melanie had reasons to get away from it all in New York, but this type of vacation is so outside her character she’s finding it hard to embrace the experience with anything more than regret and pessimism. Melanie isn’t judgmental, she’s SO uptight in the beginning of the book, I especially loved making her stand around with her hands in a stranger’s underwear drawer! I love how she changes throughout the book.

Fun fact, this was originally the VERY beginning of the novel, but in the final version we switched (pun intended!) it around and now the book opens with Melanie heading to the beach before exploring Shelby’s home.

Last week, I had a day so horrendous, I was tempted to fake my own death. Six days and twelve hundred miles later, part of me wonders if it was really that bad.

But I know it was. Otherwise, I wouldn’t be standing in a strange woman’s apartment with my hands in her underwear drawer. I gnaw on my lower lip and stare at the tiny scraps of fabric—mostly thongs—tangled together in disarray. Shelby Kellerman’s ass is way tinier than mine, probably from all the swimming she does. Her surfboard is propped in the corner of her bedroom, a silent Ta-da! to her athleticism. It mocks me with its existence.

The nine hours a day I spend chained to my desk, plus two hours on the R train, have softened me considerably over the last few years. Shelby probably doesn’t feel bad when she can only squeeze in the gym once a week. I bet her life gives her all the action she needs without an elliptical or a sadistic spin instructor named Nadia.

You can find Tamara here: