Sheri is giving away an ebook gift card (Amazon, B&N, iBooks, or Boroughs) for either A HERO TO HOLD or BY THE LIGHT OF A CHRISTMAS MOON (winner’s choice).

~ First things first, if you missed Sheri Humphreys first session you can take a quick look at it HERE.

Me: Have there been any big changes in your life since our last session—good or bad? Tell us about them.

Sheri:  Abbie, thank you for having me On the Coach again! As for big changes…Hmmm…Let’s see…

I just returned from Peru a few days ago! (I’m actually writing this before my trip, but I except it to be fabulous. I’m traveling with my brother, and we’ll be visiting Machu Picchu. I’m very excited.)

I have a novel, THE UNSEDUCIBLE EARL, releasing in the next couple months. This is the first book of my series, The Nightingales. The novels are set after the Crimean War, and the heroines are nurses who previously worked in the British military hospital under Florence Nightingale. I’m a retired Emergency nurse, and I love writing these groundbreaking Victorian women.

Me: Sheri! Wow! You are living an amazing life! I’ve seen your pictures from Peru. They are beautiful! And 54 pounds! You go! That’s an accomplishment!
How many books have you written? 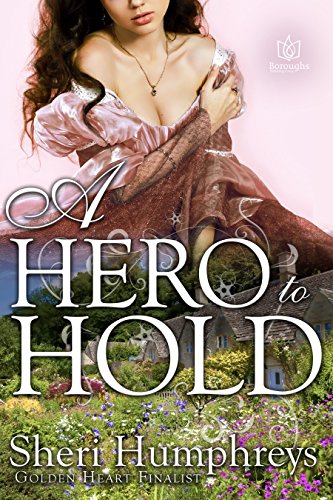 Me: How long does it typically take you to write a book?

Sheri:  I’ve gotten faster with each book, but I’m a super slow writer. It takes me about nine months to write a 300+ page book. My current Work In Progress is taking a lot longer, though, due to being put on hold to write a novella and lengthy edits on another book.

Me: What’s the most painful part of the writing process for you?

Sheri: I hate the first draft. Once that’s done, I love the revision process. That’s when I have fun and get to add the sparkles and special gooey stuff. But the initial draft going on blank paper is like the 1946 quote of Paul Gallico: “…you open your veins and bleed onto the page a little…”

I hate the first draft. Once that’s done, I love the revision process. @Sheri_Humphreys #AmWriting Click To Tweet

Me: I love that quote!
Name a writing pet peeve of yours. Something that hits you like fingernails-on-a-chalkboard every time you see it. Why does it bug you?

Sheri: I detest when I catch a writer not doing research to make his/her novel as accurate and realistic as possible, and instead takes the lazy route of making stuff up. Sometimes it’s the simplest thing, that would have taken all of sixty seconds to Google, or taken one simple question to a person who has a common occupation (i.e. nurse, teacher, cop).

I detest when I catch a writer not doing research to make his/her novel as accurate and realistic as possible. @Sheri_Humphreys #AmWriting Click To Tweet

Me: I’m with you! My husband rolls his eyes at me whenever I yell at a TV show where the doctor diagnoses somebody with something that doesn’t exist. “Schizophrenic Multiple Bipolar Syndrome.” WHAT?

What’s your life motto? Why does that motto speak to you?

Sheri: ~ It never hurts to ask. All they can do is say, “no.” And they usually say “yes.” ~ I tell myself this every time I’m a bit nervous about asking/trying for something I want, when I imagine the person I’m asking will roll their eyes and think I’m a PIA.

It never hurts to ask. All they can do is say, “no.” And they usually say “yes.” @Sheri_Humphreys #AmWriting Click To Tweet

Me: “Be an askhole.” I read that phrase in The Success Principles… I love it. It’s the cruder version of your motto.
Tell me about your historical novella, BY THE LIGHT OF A CHRISTMAS MOON.

Captain James Merrick and Rosemary Forestal have known each other for many years. Living on neighboring Hampshire estates, they’ve desired each other for almost as long. And yet, they are not married. They are not even engaged.

First, there was the war. It took so much from so many, and it left James sick and alone, longing for Rosemary like a distant and winter-bright moon even after his return. But at Windsor Castle, at the unveiling of Rosemary’s portrait of The Princess Royal, a holiday quest will begin to reclaim her hand. Fortune favors the bold, and a new suitor has appeared—an exotic prince from Rosemary’s past—but James has one thing in his favor: a painting long ago delivered to him in the Crimea, and all that it stands for. A love that will end all darkness.

Me: Share with us a favorite paragraph or two from By the Light of a Christmas Moon.

He rubbed True’s velvety muzzle. He thought— No, he knew. He was going to survive. Thoughts of the future wouldn’t be filling his mind unless, somehow, it was possible.

They’d marry at St. John’s. With her sense of adventure, she’d make the perfect military wife. She’d pack up her easel and paints and be happy wherever they were sent.

Something inside him had changed in the week since he’d received the painting. Be it miracle or stubbornness, each time he looked at the moon he discovered a spark of faith glimmering deep inside. And even though he still faced risk, he was consumed with the desire to stand in the moonlight with Rosemary. To turn her painting into real life.

Big, beautiful, and glowing bright, the Christmas moon seemed to fill the sky—and his heart. Entranced, he gave his mind free rein. If he could have one Christmas wish, just one, it would be for him to go home and make everything right with Rosemary.

He watched, and believed, until the sky began to lighten and the last glow of the moon faded away.

This excerpt is from the prologue. I love it because this scene makes me feel Jamie so intensely—the kind of man he is, his love for Rosemary. Then the prologue ends and the story begins. It’s two-and-a-half years later and they’re not married. And I’m immediately so sad for Jamie.

Sheri: Are you up for one more excerpt?

Me: Of course! Though I’m hooked already!

Jalal turned to him. “Perhaps you Englishmen should take courting lessons from Indian men. You’d find your ladies appreciate a gentleman who’s a little less…proper. At least, Rosemary seemed to enjoy those times we were more…” He paused, stood, smirked at Jamie over his shoulder. “…more intimate with one another,” he said and went out the door.

Anger slammed Jamie like heat from a boiler room. Damn but he’d love to rip that blasted smirk from Jalal’s face. He imagined planting his fist in the middle of the man’s narrow, straight nose.

Well. The lines had been drawn, hadn’t they? The Maharaja was here for one reason. Rosemary.

At least the bastard had let his intentions be known. Jamie supposed he should respect him for that, but Englishmen weren’t always quite as proper as Jalal seemed to think. And sometimes respect didn’t get the job done.

I love this excerpt, too, because it shows Jamie’s intensity and determination and what he’s up against. Jalal, BTW, is a wonderful guy when he’s not alone with Jamie. But when he is, his jealousy brings him down low.

You can find Sheri here:

Abbie Roads writes dark emotional novels featuring damaged characters, but always gives her hero and heroine a happy ending… after torturing them for three hundred pages. RACE THE DARKNESS and HUNT THE DAWN are available now! SAVING MERCY Book 1 in the Fatal Truth Series is now available for pre-order.