Feel free to use the handy dandy click-to-tweet links!

Me: Tell me about an experience that had a profound impact on your life.

Brooklyn:  When my mother passed away in 2009, I went nuts for about a year and didn’t leave the house. However, during my reclusive period, it occurred to be that she died without fulfilling her hopes and dreams. I didn’t want to end up like that, so I buckled down on my writing, perfecting my craft and researching the industry. It paid off when I got a three book deal from Sourcebooks for my Scandals With Bite series. I now dedicate every book to my mom because I want to give her the happy endings she didn’t get in her life.

Me: I always find it so sad that people live their entire lives without ever ‘going for it’. It’s heartbreaking to me. But look at you–you are definitely ‘going for it’.

What personality trait of yours helps you most as an author? 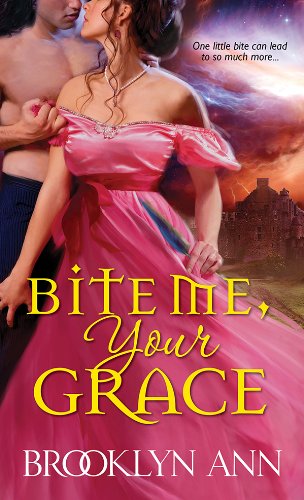 Brooklyn: While I’d like to say that my imagination is the most helpful, I think what helps the most is my drive to pursue my goals. Because all the creativity in the world won’t help my career if I don’t do the work.

Me: Amen to that.

What personality trait of yours hinders you most as an author?

Brooklyn: Probably a tie between my lack of organization and my periods of becoming depressed and procrastinating. Sometimes I think one causes the other.

Me: What was your high point as a writer?

Brooklyn:  I’d have to say that it was at the RWA 2016 national conference. Because when I was first published in 2013, I was poor and had no concept of marketing, how to get my name out there. But as I learned and my book sales improved, the RWA 2016 conference was proof of my labors. At my first convention in 2014, people were all, “Brooklyn who?” But at RWA, I was astounded by how many people not only knew who I was, but also liked my work. I even had a line at the Sourcebooks signing with readers fan-girling over me. And during other events, bigger authors talked to me like an equal and editors and agents discussed my work with interest. I was over the moon for the whole conference and at last felt like a “real” author.

Me:  What was your low point as a writer—a time when you questioned your path? 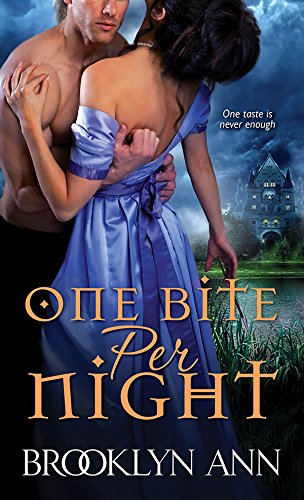 Brooklyn:  Probably the summer of 2013. My marriage ended… something I was actually happy about, but my second book had its release date pushed back for a third time, my editor wanted extensive rewrites that were beyond overwhelming, and I was jobless and homeless and feeling like a total failure as a writer. But I pulled myself out of it and now I’m writing my fourteenth novel.

Me: I love your story. To me it’s inspiring–No matter how bad life gets, things WILL get better.

If you had to pick a mental disorder to have for only one day (purely for writer research purposes), which one would you choose? Why?

Brooklyn: I already suffer from PTSD and I’ve featured three different heroines with it in each of my three book series. Each one deals with it differently. Akasha in WRENCHING FATE (Free everywhere e-books are sold) at first tries to drown it out with beer and anger, but as the series progresses, she ends up seeking counseling and cutting back on drinking. Her path to recovery goes on through the series arc.

Lenore in HIS RUTHLESS BI 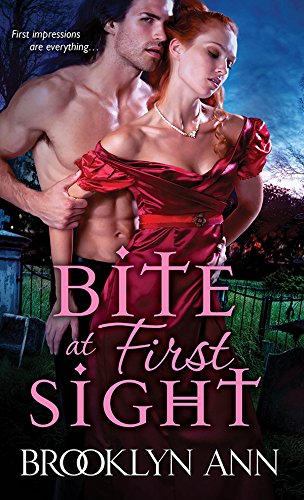 TE, has more recently developed PTSD, though it’s not flat out stated because the condition was unknown back in the nineteenth century. She copes with hers by help
ing women who’ve suffered abuse and trauma.

Katana in WITH VENGEANCE takes Xanax and meets a guy who helps her work through her panic attacks. He has ADHD and has his own ways of treating it.

Me: How do you deal with rejection or bad reviews? What advice can you give others?

Brooklyn: One of my favorite reviews is a bad one. This woman ranted for at least three pages about how much she hated my debut novel, BITE ME, YOUR GRACE. I was delighted that she cared that much. That my book inspired such feeling. 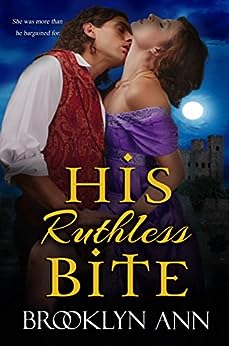 Also, a big editor at Kensington told me that she didn’t trust books that only had positive reviews because good books are divisive. My advice is that if a bad review is getting you down, go read negative reviews for your favorite books and remember that even the best authors can’t please everyone.

Me: What do you collect? Why? What personal meaning does this item have for you?

Brooklyn: Lately I’ve been collecting horror themed things. Pictures, posters, t-shirts, action figures, etc. I even have a Freddy Krueger lunchbox. I’ve been a horror buff since I was two years old, when I snuck behind the couch while my mom was watching Nightmare on Elm Street. She caught me and plopped me down beside her and we had horror movie nights ever since. I even made a horror movie themed quilt.

I only recently started publicly embracing my horror fanaticism when I discovered that I didn’t have to pretend to be more normal and classy like the romance authors I look up to. Being myself works so much better.

Me: Tell me about your historical paranormal romance, Wynter’s Bite.

She was thrown into an insane asylum for believing in vampires…

Now one has come to rescue her.

Eight years ago, vampire Justus de Wynter fell in love with bluestocking, Bethany Mead, and suffered the consequences. He was sentenced to exile as a rogue vampire, and she was imprisoned in an insane asylum.

After years of searching, and dodging patrolling vampires, Justus has finally found his love. But even after he breaks Bethany out of the asylum, the dangers that face them have only begun. For Justus is still a rogue, with no territory to grant them safety, and Bethany is a fugitive.

As they flee across the English countryside in search of refuge, Bethany and Justus must overcome the challenges of their past and find out if love is possible on the run.

Me: Share with us a favorite paragraph or two from your newest release, Wynter’s Bite.

This take place after the characters are discussing a book the hero loaned her and she bemoans the fact that she missed an allusion in the story.

Justus placed his hand over hers, impossibly warm in the cool of the garden. “I confess that it is a joy to speak with someone who can read a story as a story, not picking it apart for every little symbol and entrenched bias.” He leaned forward on the bench and reached up to cup her cheek. “You are a remarkable person, Bethany.”

This one was special to me because it shows that unlike in most vampire romances, the vampire doesn’t fall in love with a mortal woman because of her beauty or innocence, but because she shares his love of reading.

Later on, when he rescues her from an insane asylum and they’re on the run in search of refuge, they remain constant in their dream of having a house full of books.

You can find Brooklyn here:

Abbie Roads writes dark emotional novels featuring damaged characters, but always gives her hero and heroine a happy ending… after torturing them for three hundred pages. RACE THE DARKNESS and HUNT THE DAWN are available now! SAVING MERCY Book 1 in the Fatal Truth Series is now available for pre-order.