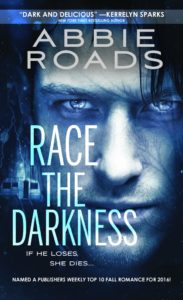 IF HE LOSES, SHE DIES
Her voice haunts his thoughts; her whispers fill his days
But when he discovers the woman of his dreams is real
He’ll race the clock to save her before she’s lost to him forever

Scarred by lightning, burdened with a power that gives him no peace, criminal investigator Xander Stone struggles to maintain his sanity against the voice that haunts him day and night—the voice of a woman begging him to save her.

Isleen Walker has long since given up hope of escape from the nightmare of captivity and torture that is draining her life, her mind, and her soul. Except…there is the man in her feverish dreams, a strangely beautiful man who beckons her to freedom. And when he comes, if he comes, it will take all their combined fury and faith to overcome a madman bent on fulfilling a deadly prophecy.

An explosive, romantic tale that’s not for the faint of heart. 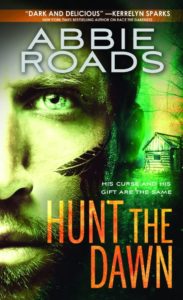 You can’t hide your secrets from Lathan Montgomery—he can read your darkest memories. And while his special abilities are invaluable in the FBI’s hunt for a serial killer, he has no way to avoid the pain that brings him. Until he is drawn to courageous, down-on-her-luck Evanee Brown and finds himself able to offer her something he’s never offered another human being: himself.

Nightmares are nothing new to Evanee Brown. But once she meets Lathan, they plummet into the realm of the macabre. Murder victims are reaching from beyond the grave to give Evanee evidence that could help Lathan bring a terrifying killer to justice. Together, they could forge an indomitable partnership to thwart violence, abuse, and death—if they survive the forces that seek to tear them apart. 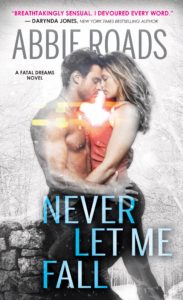 Thomas Brown can’t see color, but he can see people’s true souls. His abilities allow him to work with criminal investigators and deliver justice to families of the wronged. And he’s starting to accept that his life will forever be in black and white…

Then he encounters Helena Grayse, and everything changes. She brings vibrant color to his world, and he brings acceptance and belief to hers. But Helena’s past is quickly catching up with her, and Thomas is in the crosshairs.

As an enemy hidden in plain sight threatens their every move, they’ll have to rely on their love to beat the darkness. 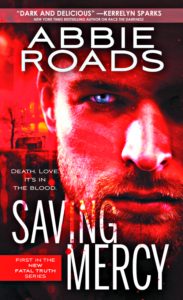 He’s found her at last…only to lose her to a nightmare
Cain Killion knows himself to be a damaged man, his only saving grace the extrasensory connection to blood that he uses to catch murderers. His latest case takes a macabre turn when he discovers a familiar and haunting symbol linking the crime to his own horrific past—and only one woman could know what it means.

Mercy Ledger is brave, resilient, beautiful—and in terrible danger. The moment he sees Mercy, Cain knows he’s the one who can save her. He also knows he’s beyond redemption. But the lines between good and evil blur and the only thing clear to Cain and Mercy is that they belong together. Love is the antidote for blood—but is their bond strong enough to overcome the evil that stalks them? 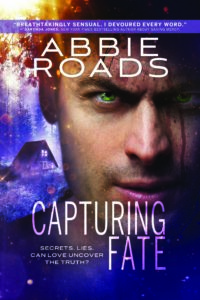 Can love untangle a web of lies and expose the truth?

A loner with a mysterious childhood…

FBI agent Dolan Watts is no stranger to pain. From his childhood spent in foster care to his daily grind of hunting down hardened criminals, it’s been the one constant through the years. Pain carved out gut feelings he can trust and instincts able to solve cases in record time. Until now. Confronted by a malicious new enemy who revels in mind games, Dolan begins to doubt his own perceptions. Fearing he’s spiraling into insanity, he seeks help from the one woman who can shine light into the darkness consuming him.

A woman haunted by a secret…

Psychologist Daughter Dawson sabotaged her own safety the moment she accepted Dolan as a client. Still, she felt compelled to help him. Dolan’s past mirrored many of the questions about her own, making his torment achingly familiar. Despite their growing attraction, her career demands she keep an ethical distance. Yet when she makes the mistake of confiding in him, both their lives are thrust into unimaginable danger.

When gruesome tragedy uncovers a serial killer’s twisted agenda, Daughter and Dolan must cling to each other if they hope to survive. Can they stop the body count from rising? Or will they find their only purpose from the start was to be pawns in a reign of evil?